Reverend Thurmond has been employed as a Respiratory Therapy Supervisor and a Senior Clinical Oncology Specialist within Pharmaceutical/Biologic Sales. In spite of an exciting and rewarding career, he acknowledged a higher calling and purpose for his existence and began his journey as a preacher of the gospel of Jesus Christ. For four years he served under the Rev. Dr. Donald Jordan, pastor of the Trinity C.M.E. Church in Augusta, Georgia. Pastor Thurmond was inspired, challenged and blessed by Dr. Jordan who continues to serve as his mentor.

In 2005 he was appointed pastor of the Rock of Ages C.M.E. Church. While at Rock of Ages, disciples were added, new ministries were formed, other ministries were revived and the fellowship was reinvigorated. Rev. Thurmond is an ordained elder in the Christian Methodist Episcopal Church where the presiding prelate is Bishop Thomas Louis Brown.

In July 2008, Rev. Thurmond was appointed Pastor in Charge at St. Paul C.M.E. Church in Savannah, Georgia where the prophetic, visionary and legendary Rev. Dr. Henry R. Delaney was the Senior Pastor. In July 2009, Rev. Thurmond was appointed Senior Pastor at St. Paul. God continues to show himself strong in the life and witness of the St. Paul faith community with the blessings of a growing congregation, new ministries and partnerships. Rev. Thurmond currently serves as the Chair of the Joint Board of Finance for the Central Georgia Region, member of the General Connectional Board of the Christian Methodist Episcopal Church, was a delegate to the 2010, 2014 and 2018 General Conferences, the World Methodist Conference in Durban, South Africa, the African American Ministers Leadership Coalition and the Savannah Alliance of Pastors. He was a founding Co-President of the Savannah Area Interfaith Justice Ministry now known as J.U.S. T. He serves on the Board of Directors of Carver State Bank as well as Step Up Savannah and Elevate Savannah. He is a 2021 Fellow of the Black Theology and Leadership Institute at Princeton Theological Seminary. He is proud of his fraternal memberships which include Sigma Pi Phi Fraternity and a Life Member of the Omega Psi Phi Fraternity 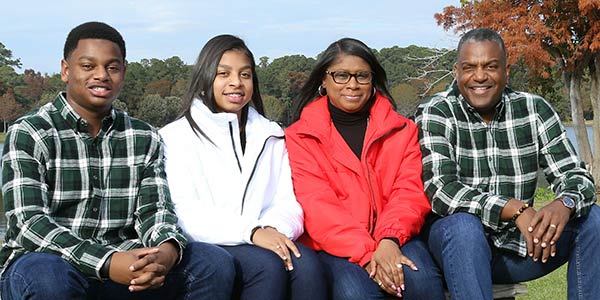 Rev. Thurmond is happily married to Antoinette Johnson Thurmond. They are the blessed parents of a son, D. Ramsey Jr. and a daughter, Barbara Maxine.

Pastor Thurmond's leadership is truly amazing. His love for this church, it's members and the community is genuine. He always tells us that he loves us, but more than that , God loves us!

One of the things I love about Pastor Thurmond is he makes understanding the Bible simple. He really connects you with a story and its message and its through out and it is really down to church.

When Pastor Thurmond came he had a different way of teaching that keep me motivated because it was new and innovative.

30 year member, overwhelmed with all the support from the pastor. Thank you so much!